I've been using the new Elinchrom ELC Pro HD strobes for a few weeks now. My friends at Manfrotto Distribution and Elinchrom were nice enough to send me both the 500 watt second unit and the 1000 watt second unit to test. I've been using their Style RX strobes for several years now and when they told me they were updating them, I remember saying to myself, well, that's nice, but the only thing I could think of that they needed was to build the Skyport receiver into the unit instead of having to plug in an adapter. Boy! Was I wrong! The ELCs are a serious overhaul and upgrade to the RXs. 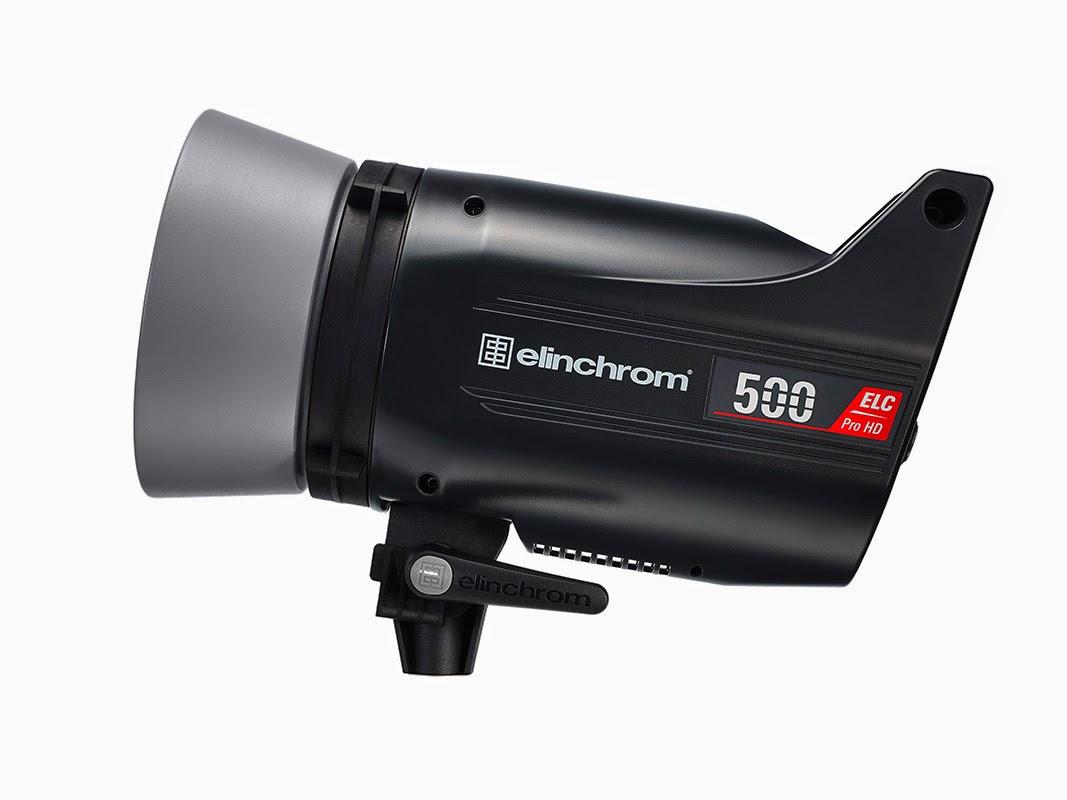 At first glance, they look pretty much the same as the RX 600WS model. Although they're slightly larger (about an inch longer and little bit bigger around) they actually weigh less than the comparably powered RXs. The 1000WS unit is exactly the same size as the 500, too, which is especially nice when you look at the giant size of the older 1200WS RX.

The front of of the ELCs looks like what you'd expect. The only changes from the RX is that they've added a protective dome and the wattage of the modeling light has been increased from 150 watts to 300. The bright modeling light in the ELC generates a lot of heat, but it's no problem, partly because the cooling fan in the unit is extremely efficient. It's also very quiet- so quiet that you have to listen closely or you won't realize it's on. 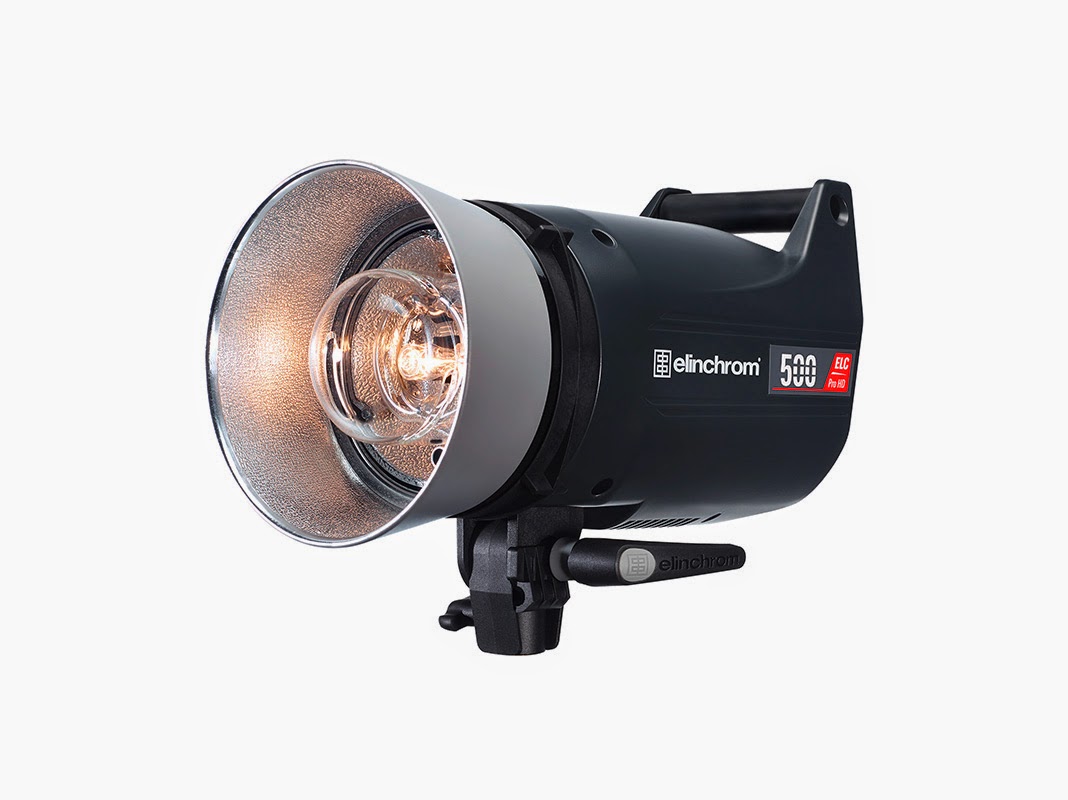 The back is significantly different from the RX. 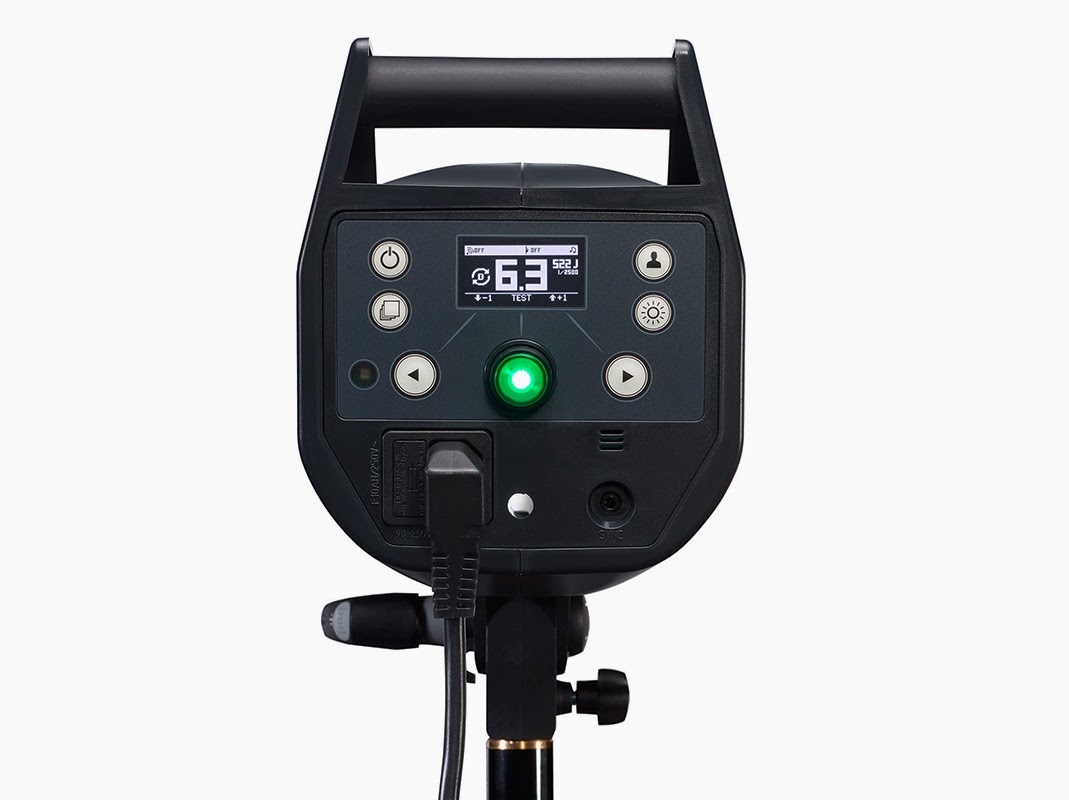 The biggest change is the OLED menu readout. If all you want to do is shoot with basic use, it's easy to do just that. Left and right arrows change the power up and down in full stops. The center dial, glowing green in the picture above, changes the power in tenths of a stop. Speaking of power, the strobes re-cycle VERY fast. The 1000WS recycles in under two seconds- 1.7 sec. by my measurements and 1.8 sec. stated in the Elinchrom specs. On lower power settings, of course it's much, much faster.

As I said above, these lights will perform admirably in the vast majority of "normal" uses. But the reason it has a menu system is that there are a couple of features built in that are very cool. The first one is that it is designed to have short- very short- flash durations. Many photographers don't realize that different strobes have different flash durations. For most brands and models, this may range from as slow as 1/300 of a second to much faster, say 1/2,000 of a second. And that duration changes depending on the power setting. For many kinds of shooting, the flash duration is relatively unimportant. The problem is when you're shooting something moving quickly and you want to freeze the motion- say a splash or a dancer leaping. If the duration isn't short enough, there will be some blur.

The ELCs not only have short durations, but the exact duration reads out on the menu. You can see what the duration is at every, single power setting. This allows you to adjust the power to find the balance between what f/stop you need and the duration that is fast enough to freeze whatever action you're capturing.

I'm just starting to play with this and I hope to have more pictures to post soon.

The other feature the ELCs have is a stroboscopic function. This allows you to set them from firing one time per second to as fast as 20 times per second. You can set the time of the burst from 1 second to 4 seconds. The following shot was my first effort. Joe was practicing his serve and I set the lights to fire 15 times per second for one second. 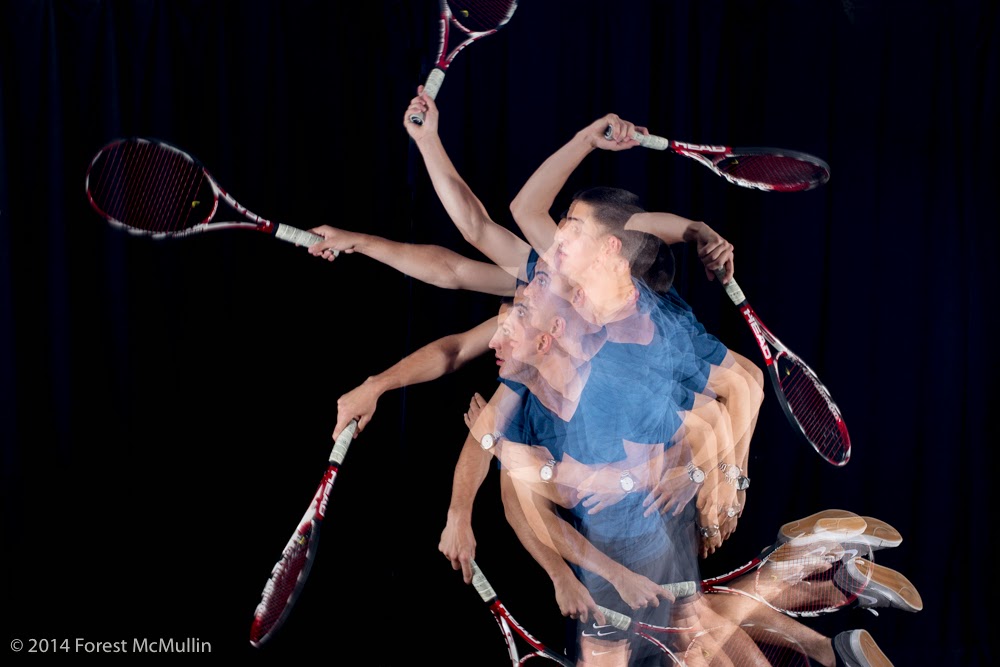 With the very talented Deborah Hughes in the studio, I thought I might try some motion studies with her, too. In the first, I just had her dance across the frame. The ELCs were set to fire 10 times per second for 2 seconds.

But then she showed me some fabric she had brought with her. Now the magic began. . .

I can't wait to get Deborah back so we can keep playing with this. I want to try it with different colors, with multiple dancers- there are tons of possibilities. They also have a sequencing function that allows the user to time up to twenty different strobes with a pre-programed  delay.

These effects aren't unique. There have been strobes that have done this for some time. The big difference is that, as far as I know, these are the first ones that can do it in completely customizable ways and at a very reasonable price. The ELCs will be available for about $1050 for the 500WS and $1450 for the 1000WS when they start shipping in the US in June. That's less than one fifth the price of other strobes that can do the same things. In fact, that would be a good price for monoblocs that don't have all these special features.

I really can't wait to continue working with the ELCs. They're excellent performers for regular shooting. And their special features are giving me lots of ideas on new ways to shoot. I really think these lights are winners.
Posted by Forest McMullin at 2:06 PM