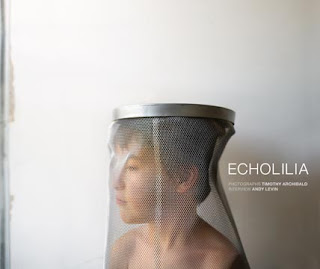 I spent an hour or so on the phone this morning with photographer Timothy Archibald. I'm working on the possibility of a book deal for my Day & Night project and he had a book called Sex Machines published a few years ago. It contains similarly controversial photographs of an unusual fringe social group like mine. And, also similar to me, he's not a big time name in fine art photography circles. I've been following his work for some time, I think since he shot the Kodak annual report years ago. He's a terrific portrait shooter and has a quirky sense of humor. He also has recently completed a project called Echolilia with moving and sensitive pictures he created in collaboration with his son Eli. Please take the time to look at his work.

His fine photographs aren't the reason I'm writing. I'm writing because he spent an hour of his time sharing his experiences and valuable insights with me. We've never met. We've had a few e-mails back and forth, but to him, I'm just a faceless guy on the other side of the country. As an educator, I'm expected to share my time with my students, with prospective students, with all sorts of people. It's my job. But I've also always done what I can to help those in my profession who come to me asking for help. Assistants, colleagues- I believe it's important to give back to the profession that has been so good to me. These days it's rare that I'm on the other side of that relationship and it's good to realize that there are people out there who are so giving. Tim's sharing of his experiences was invaluable. I'm very grateful.
Posted by Forest McMullin at 3:43 PM