Giavanni Elia owns Paitin Winery in Bricco de Neive with his brother Silvano. The winery has been in their family since 1796. Their best wine is a Barbaresco. It's similar to the Barolos more common in the US, but many think is just as good. Giavanni was kind enough to give us a tour of his winery and spend some time telling us about the region's history. He was unassuming yet still obviously proud of his family's heritage. 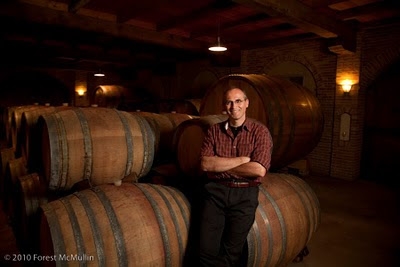 Posted by Forest McMullin at 12:36 PM