Picture of the Week- from Out on Buford Highway

This is Jason Chai. He's the chef at Ming's BBQ in Asian Square, 5150 Buford Highway. Jason is originally from Malaysia and he makes the best Peking Duck around. It's truly a thing of beauty! Keep in mind that Ming's doesn't have a liquor license and doesn't allow byob. They tend to close early if they run out of duck, so it's not a bad idea to call ahead, 770-451-6985. Take out works quite well. 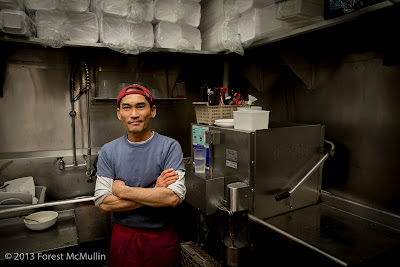