From 2004 until 2007, I worked on a project called At the Edge. It involved photographing wildlife killed by cars and trucks- roadkill. At that time I commuted to my studio through a large public park outside of Rochester, New York that had the unpleasant distinction of having the highest incidence of car/deer collisions in the state. I was lucky enough to never hit a deer, but I saw them in, beside, and in the brush near the road often.

In Fall 2004 I purchased a digital point and shoot camera. I had gone digital in my business two years before, but it took a while for me to make the shift in my personal work. I immediately started carrying it with me all the time. I enjoyed the immediacy and instant feedback it offered. One morning on my way to work I saw a deer hit by a pickup truck right in front of me. I stopped with the truck driver. After we realized he and his truck were OK and that the deer was dead, he left. I stayed, examining the body of the animal. I had never had a chance to look so closely at a deer before and I was stricken by how beautiful it was. The pictures I took that morning were the first of a series that I worked on for the next three or four years. They've been shown all over the US and six are in the permanent collection of the International Museum of Photography at the George Eastman House.

After I finished shooting At the Edge, I was never really tempted to stop for roadkill again- until last week. I was in Bozeman, Montana and I had a free afternoon, so I went for a drive up into the mountains. After taking a hike at the top a a pass, I decided to take the long way back to my hotel. I was on a very long, flat stretch of road when I saw the body of a large bird along the center line. I stopped and saw this heron, no blood or other signs of the trauma that killed it, just lying in this awkward pose of death. Graceful, sad, and beautiful. 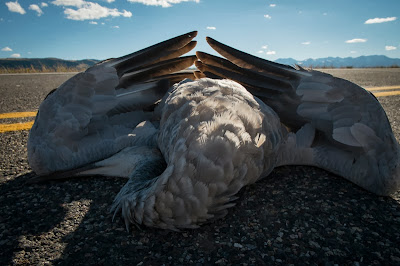 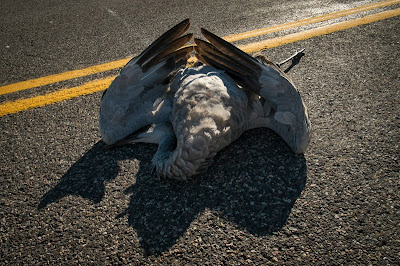 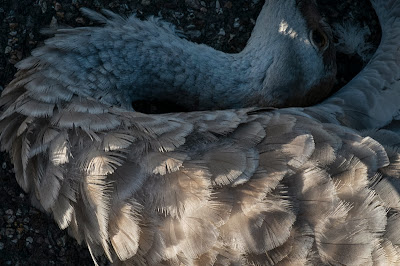 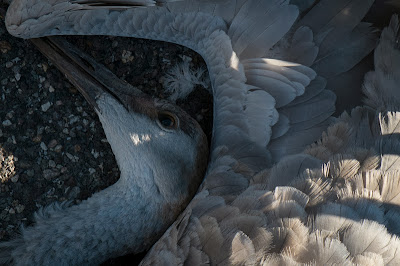 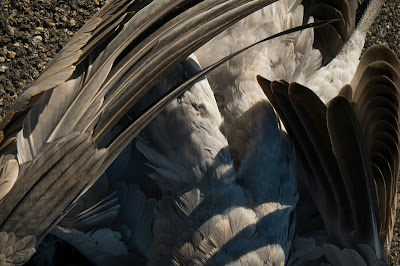 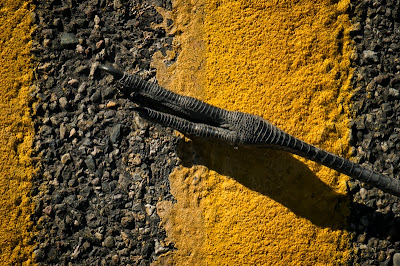 Posted by Forest McMullin at 8:26 AM